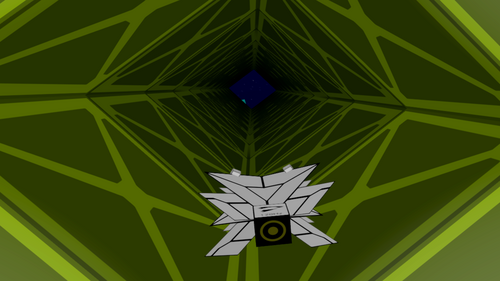 You can now download the PC VR version of 120Hz Tech Demo from itch.io, tested on the Oculus Rift and HTC Vive. Graphical improvements will be made as the project progresses, but for now this is a straight port of the mobile version.

You will find two different versions to download,  a SteamVR version and a native Oculus version.

If you have a VR arcade, the tech demo can be used license free in your arcade. The demo will be made more arcade friendly over the coming weeks if there is interest, so please get in touch and let me know if you plan to use it.

There are also special Kickstarter reward levels for arcades where you can get a persistent site license for a one-off low cost.

Now back to those Ghost Ships :)

A fast, yet smooth, space scavenger game, set within the dangerous scrap vortexes